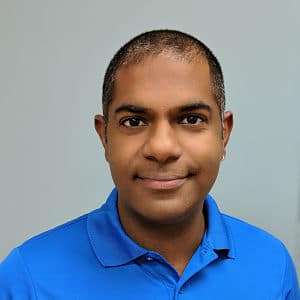 Knee pain is a common presentation to physiotherapy clinics.  A common source of knee pathology presenting to physiotherapy clinics is a meniscal injury of the knee.  Injuries can result from sporting events, daily event or can even result from an unknown origin.  While surgery can be indicated for non healing and functionally limiting meniscal tears conservative management including physiotherapy to improve strength and proprioception can ensure that you regain your preinjury function and return to the day to day and sporting activities that you love to do.

Anatomy of your Meniscus 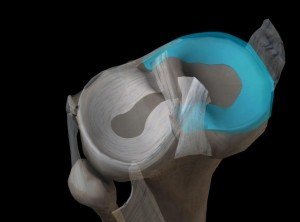 The meniscus (plural menisci) of the knee are cartilage crescents that attach to the broad upper surface of the tibia (shin) bone. The menisci are anchored to the top of the tibia but are still capable of small amounts of movement as the knee moves.  Every knee joint has two menisci, a medial and lateral meniscus.

The lateral meniscus is more “O” shaped and covers a larger amount of the tibia than the medial meniscus.  The areas where the meniscus do not form a complete circle known as the horns.  The anterior horn is towards the front of the knee and the posterior horn is at the back of the knee.

Seen from above, the menisci have a crescent appearance. However, since they are thicker towards the outer portions they also have a the appearance of a wedge.  The combination of the wedge and crescent shape give them a cup like shape that helps the very rounded end of the femur articulate easily with the flat shaped tibia.

Blood Supply to the Meniscus 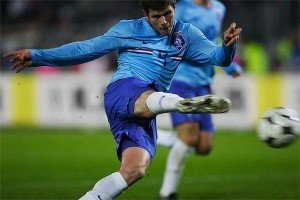 Function of the Meniscus

The cup like shape of the meniscus improves the ability of the rounded end of the femur to match up with the flattened upper portion of the tibia.

Some of the nerve receptors that have been identified in the meniscus are involved in sensory feedback.  It is thought that these receptors have a proprioceptive role, that is they give feedback on the subtle movements that are occurring at the knee so as to properly react and prevent injury.

Injury to the meniscus

Meniscal injury is a common source of pain in men and women.  Injuries can occur throughout a person’s lifetime, however meniscal injuries tend to occur between with greater frequency between the ages of 11-20 in women and between 21-30 in men. 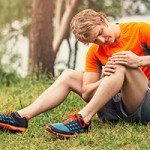 Sporting event tears are usually the result of loading forces, in a weight bearing position with rotational forces.    These traumatic tears are more common in younger populations.  This mechanism is not commonly seen in sporting events with a sudden stop and attempted change in direction as occurs in attempting to evade an opponent.  Sporting meniscal tears may or may not have contact occur at the time of injury.

Tears can also occur with non sporting movements such as squatting, and with nonactivity.  One studied showed that 32% of meniscal tears are sports related, 39% non sports related and 29% could not identify an injury that caused the event (Drosos 2004).  Some of these unidentified injuries may be associated with a degenerative tear of the meniscus.

Symptoms of a meniscal tear

The most common symptom with an acute meniscal tear is pain.  Mild swelling may be noticed, however since the blood supply to the meniscus is poor the swelling is not as quick to develop or as much as is seen with injuries to other structures such as with injuries to the ACL.  Occasionally there can be complaints of locking or grinding, but these are not as common.

Meniscal tears are named for the location and shape of the tears.  They can include:

Tears can also be identified by where they are located in the meniscus.  A tear to a part of the meniscus with a blood supply is often known as a red tear.  A tear in a non vascular region is often know as a white tear.

Not all meniscal injuries require surgery.

Degenerative tears are often treated and do well with conservative treatment which includes targeted strengthening, proprioception, and stretching techniques with progression towards functional activities.  The treatment of traumatic tears, often seen in sports injuries, starts off the same.  However, with continued improvement more sport specific training and drills should be included in treatment to prevent a recurrence of the injury. 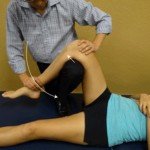 Appropriate assessment by a physiotherapist that is trained in sports injury management and assessment should be performed to identify areas that may have contributed to the initial injury.  These can include past areas of injury to areas that perform or absorb rotational forces such as the thoracic spine and ankle, but should also include an appropriate strength and neuromuscular patterning of the hip and lumbar spine.

If pain and limited improvement in function persist, MRI is often indicated to determine the location and type of meniscal injury to determine which surgical intervention is required.

Even if surgery is indicated due to lack of progression, prehab of the painful knee becomes an important factor in a faster return to daily activities and sport.  One study showed that when comparing patients with degenerative meniscal tears that either received surgery or did not, the conservative (non surgery group) had better strength in short term and both groups achieved similar function and outcomes.  Surgical techniques often require the attempt to repair or remove the non healing tear.  Surgery to remove portions of the meniscus (meniscectomy) changes the knee’s ability to absorb forces which can lead to future dysfunction.  Benefits of surgery are often present for 1-2 years before harms of surgery are seen.

Exercise therapy and meniscectomy yielded similar results for patients with degenerative meniscal lesions on knee pain, function and performance but exercise theory was more effective on muscle strength in the short term

What does that mean for you? 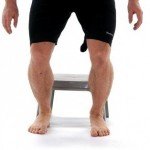 The first step after a knee injury should be to start appropriate management of the injury.  This should include a thorough physiotherapy assessment by a therapist with experience in assessing and treating sports injuries.  Initial treatment should include exercises to maintain conditioning level, improve underlying movement restrictions that may have led to the injury and local treatment for the knee itself.  As initial exercise are achieved, they should progress to include functional and sport specific exercises with the goal of returning you to your pre-injury level.

Drosos GI, Pozos JL “The causes and mechanisms of meniscal injuries in the sporting and non-sporting environment in an unselected population” Knee 2004

I Hurt my Knee, Did I Tear my ACL?

Which is the Right Knee Brace to Use?

Hidden Cause of Knee and Back Pain

How to Self Assess and Manage your Sore Knee