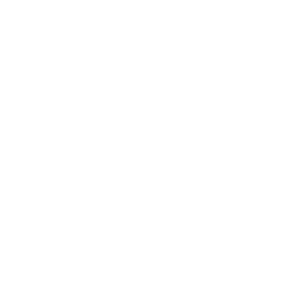 Physiotherapist
OUR TEAMCONTACT US

What is a tendon?

A tendon is a tissue that connects muscle to bone. Unlike muscle, it does not contract, but it is connected to a muscle 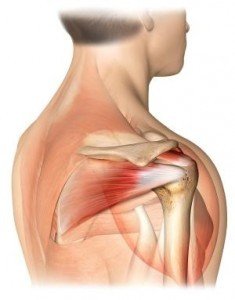 that contracts so it sustains loading forces every time that muscle tightens. Tendons are made up of many bundles of fibers of collagen, which form a strong but flexible tissue.

The rotator cuff muscles of the shoulder connect to the humerus or arm bone via tendons, shown above in white.

What is a tendinopathy?

The word tendinopathy refers to a non-rupture injury affecting a tendon. You may also hear people use the word tendonitis. There has been a shift in recent years favoring the word tendinopathy because it is a more general term, whereas tendonitis focuses the presence of inflammation, which may or may not be there. The two terms, however, are often used to talk about the same thing. Tendinopathies can occur at any tendon in the body. Some common sites include: rotator cuff tendons in the shoulder, tendons in the elbow (also known as lateral and medial epicondylitis), the hamstring tendons in the posterior thigh, patellar tendon in the knee, and the Achilles tendon in the ankle.

What causes a tendinopathy?

When a tendon is continually exposed to loading forces (such as compression, friction, or tension) that are beyond its capacity, a cycle of injury begins. The cycle of injury, inflammation, and repair happens repeatedly with each movement involving the tendon. This results in pain, swelling, and an accumulation of poor-quality tissue that never has the chance to fully heal. Overuse tendon injuries are common in athletes, but also common in less active people and people with jobs that require repetitive movements.

Why do overuse injuries happen?

It may be more correct to think about these injuries as ‘continued misuse’ injuries. Most often, overuse of the tendon in the wrong way is what actually leads to the injury. For example, if you have poor posture (slouched shoulders) and you continually reach overhead during volleyball, a tendon will be out of alignment; causing it to rub against the bone that sits above it. The repeated friction force starts the cycle of injury. This is what commonly occurs in a rotator cuff tendinopathy of the shoulder. The activity brings on the injury, but the root of the problem is improper positioning from poor posture.

Tendinopathies are also common with a sudden increase or change in load on a tendon, for example starting a new sport/activity or abruptly changing running surfaces. Use of improper equipment, for example worn out footwear or incorrect chair height in a workspace, also puts someone at risk for developing a tendon injury. Other risk factors for tendinopathies include smoking, obesity, hypertension, dyslipidemia and certain drugs like statins, flouroquinolones, and corticosteroids.

What happens to a chronically injured tendon?

When a tendon is chronically injured, some structural changes to the tissue take place. These changes lead to a disorganized,

thicker, and weaker tissue that cannot withstand loading forces and continues to cause pain and swelling. Structural changes to a chronically injured tendon include:

What are the symptoms of a tendinopathy?

Each person will experience symptoms differently, depending on the specifics of their injury. Most commonly people with tendinopathies experience pain and weakness with specific movements (whenever you use the injured tendon), localized pain and stiffness, and pain with increased activity.

What are the treatment options for tendinopathy?

Each tendinopathy is different and it is important to develop an individualized treatment plan; however some common elements include:

• Rest from aggravating activities. An early return to the aggravating activity will increase the risk of re-injury and could have negative effects on the structure of the tendon. Studies have shown that continued exposure to inflammatory chemicals contributes to the break-down of the collagen fibers and encourages scar tissue formation, which will set back recovery time.

• Electrotherapeutic modalities, like ultrasound therapy or Extracorpeal Shockwave Therapy. Shockwave therapy can be effective for stubborn injuries that are slow to heal.

• Eccentric strengthening. An eccentric contraction is a type of muscle contraction where the muscle is lengthening instead of shortening. For example, slowly lowering a weight with your arm is an eccentric use of your biceps muscle. Studies have shown that eccentric strengthening programs have produced better results than other programs because this type of loading stimulates tendon remodeling and leads to improved collagen structure and organization.

• Your physiotherapist will assess your movements and address any contributing factors that are specific to each person (such as improper posture or poor joint mobility). These factors may have either contributed to the injury in the first place, or developed since the injury occurred.